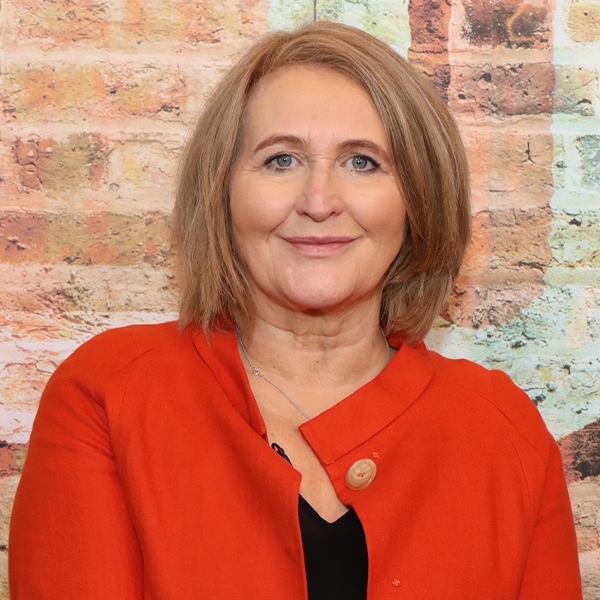 The report, co-authored with the leading thinktank Centre for Mental Health, and the Children and Young People's Mental Health Coalition, reveals a profound crisis in children and young people's mental health services in England and a system of support that is buckling under pressure, frequently over-medicalised and bureaucratic, unresponsive, outdated, and siloed. Speaking with professionals who work with children, and to children and families themselves, the Commission has heard about young people who have barely returned to school since Covid, the increase in the regularity and extreme nature of many young people's mental health problems, and how self-harm and suicide attempts are a much more regular feature of school and college life.

It warns that failing to support some young people with mental health problems could lead to more behavioural incidents at school, a rise in exclusions, and more children then becoming at risk of grooming and exploitation. The report says a rising tide of poor mental health has the potential to expose even more children to exploitation, crime, and offending. A failure to detect problems early in many young offenders can increase the likelihood that they will persist with criminal activity into adulthood.

The report does recognise how some children's mental health services have widened the support they provide following increased investment. It also highlights the positive work being done by many organisations, charities, and community groups to provide support to children with mental health problems, including programmes that divert children with mental health problems away from crime. However, it argues that Children and Young People's Mental Health Services is still losing the battle against rocketing demand for help and failing to meet the needs of thousands of children in crisis:

The Commission has also been shocked to hear from those working with young people about how often those suffering from serious mental health conditions are unable to receive treatment in some areas until they have had multiple suicide attempts 'with serious intent'.  It has heard traumatic stories of teenagers who have attempted suicide but still not received an immediate referral for help, and from teaching staff in schools and colleges who are seeing a large increase in the number of their students attempting suicide.

The report shows how many young people and their families are not receiving the right kind of mental health support. It argues mental health services for young people are still not set up to support all those with multiple and complex needs, with clinical thresholds too rigid, some children ricocheting around services, and too many children only receiving help at crisis point. Early prevention services are underfunded and to not reaching most children, particularly the most vulnerable or marginalised. The report says:

The report makes a number of recommendations, including:

Anne Longfield, Chair of the Commission on Young Lives, said:

"The children's mental health emergency in England is so profound that we face a generational threat to our country's future national prosperity and success. The scale of the problem is growing, rocket-boosted by the pandemic and the system is buckling under pressure and unable to cope with the explosion in demand for help.

"Thousands of vulnerable children are falling through gaps in the mental health support system, boosting the chances of those resourceful, manipulative, and ruthless criminals and abusers who are so good at grooming them.

"I am particularly worried that we will see an increase in school exclusions of children with mental health problems who are not receiving the support they need. Some of these children will be at greater risk of harm.

"The overall response from the Government to this children's mental health crisis has so far been too slow and inadequate, and we are failing to support hundreds of thousands of children with mental health problems. It is shocking to hear that some young people who attempt suicide still do not receive an immediate referral for help and are discharged without any extra support.

"The next Prime Minister will have an opportunity to show they care about tackling this children's mental health emergency. I would like both candidates in the Conservative leadership contest to commit to an immediate £1bn mental health wellbeing recovery fund for children and young people. This should include a guarantee that all requiring CYPMHS treatment are seen within a 4-week period, with guaranteed next day emergency appointments for children at risk of serious self-harm and suicide.

"Young people have told us what help they need. Unless we rethink and improve access to mental health support, we risk putting the post Covid generation of vulnerable children in even greater danger of exploitation, abuse, and poor life chances. A generation of young people is struggling and as a society we have a moral duty to respond."

"Children and young people's mental health is at risk from the after-effects of the pandemic, the cost of living crisis and the ongoing effects of endemic racism and inequality. We need action now to protect the mental health of those at greatest risk, including the poorest and the most marginalised children in society.

Steve Chalke, the founder and leader of Oasis, which hosts the Commission on Young Lives, said:

"Children and young people's mental health services just aren't working for many of those who desperately need help. I regularly meet children and their families who are struggling with serious mental health problems but are on long waiting lists for treatment, can't even get a referral or don't trust that they will get the kind of help they need.

"Government needs to put in the right resources, and we need to have an urgent rethink about the kind of support we provide in communities and through schools.

"Until we tackle the drivers of youth crime, including underlying psychological and mental health issues, we will continue to fail children and young people at risk of being excluded, exploited and criminalised."

A copy of the report is available here.